Out with the old? Why fintechs are poised to forward sustainable finance 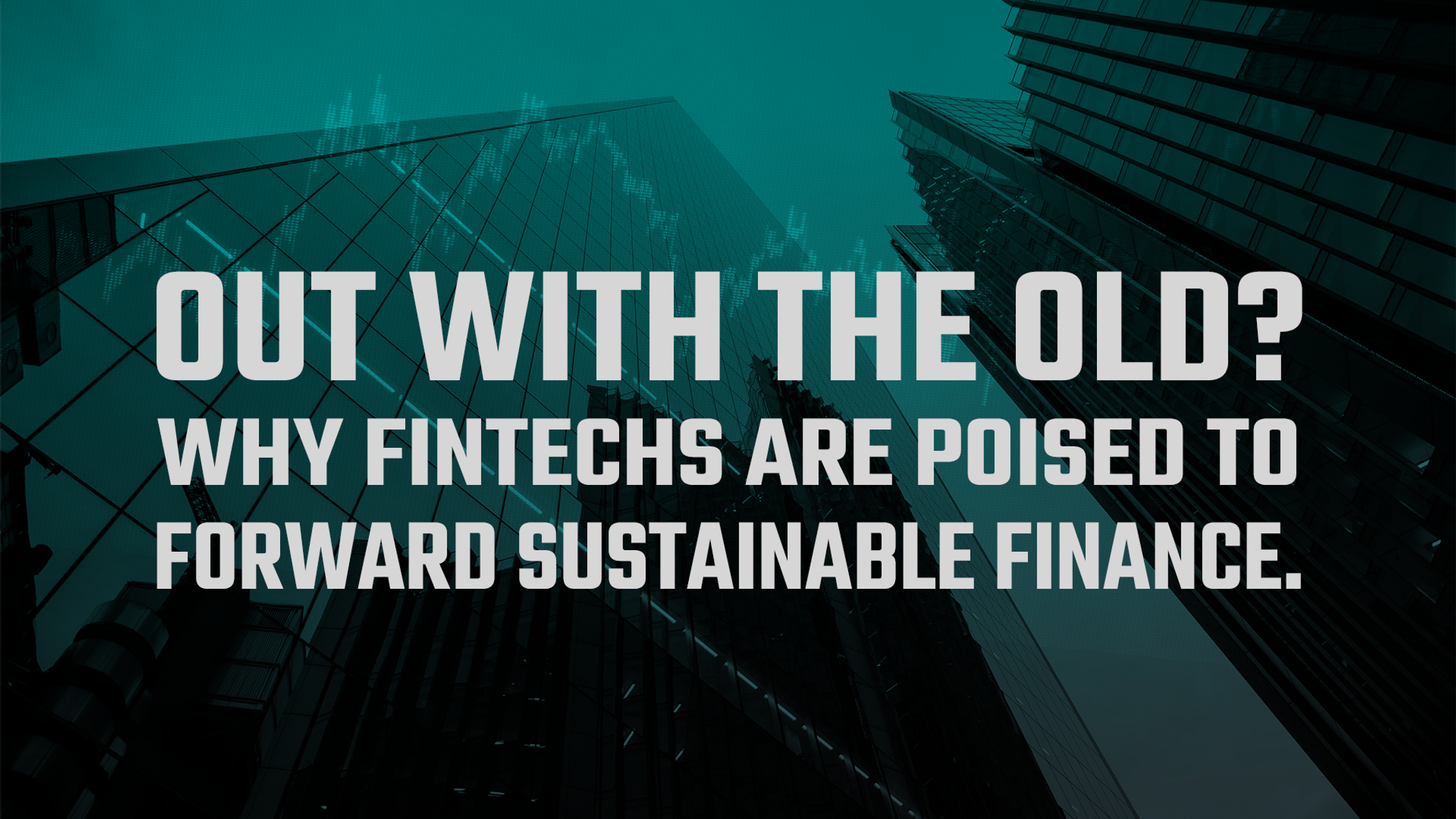 Despite press release after press release concerning the net-zero pledges of legacy financial institutions, things haven’t looked so rosy as of late. Recent studies – which all seem to have arrived in quick succession – have questioned these organisations’ commitment to climate action.

Paris-based NGO Reclaim Finance, for example, assessed 150 banks, insurers and institutional investment firms, accounting for $70tn in assets. Its findings? Fewer than 50% of these institutions have limited their involvement with the oil and gas industry to the expected degree necessary to limit global warming to 1.5C – or the goal set out by the Paris Agreement on climate change.

Elsewhere, climate researchers from InfluenceMap noted only 11 of the world’s 30 largest public financial firms have defined climate goals for 2030. Furthermore, many of these organisations are members of lobbying groups that have actively lobbied against actions like increased climate disclosures.

What’s remarkable is that a large number of these companies have outwardly supported climate action. Seventy-four of the 150 firms studied by Reclaim Finance are signatories of the Glasgow Financial Alliance for Net Zero. All but one of the banks included in InfluenceMap’s work have signed the pact.

What this should tell us is not that these institutions don’t care about climate change, but that legacy organisations are having a hard time moving swiftly. Unravelling years’ worth of loans to polluting businesses takes time. Altering portfolios to align with stringent sustainability standards is difficult – less than 4% of European investment funds that make environmental considerations (so-called Article 8 funds) are aligned with the EU’s green taxonomy, reports have suggested.

So, with legacy firms lagging, sustainable fintech can step up. Fintechs aren’t burdened by historical involvement with fossil fuels. If sustainability is their goal, they can focus on funnelling financing to businesses that will aid the transition to a low-carbon economy without being accused of greenwashing.

These firms also have the advantage of being more technologically savvy, agile and innovative than their predecessors. In fact, many legacy firms that have looked to offer sustainable financial services have tapped the help of startups.

In the UK, NatWest has been able to offer some eight million customers the ability to track the carbon footprint of their spending due to a partnership with open-banking platform Tink and fintech Cogo. In Singapore, a partnership between the country’s banks and fintechs has seen the introduction of an AI-powered platform designed to identify (and hopefully stamp out) greenwashing.

Startups have something of a clean pallet to innovate and come up with sustainable finance solutions. While legacy financial institutions may support the cause and provide access to larger audiences, it will often be the fintechs delivering the innovation designed to drive change.