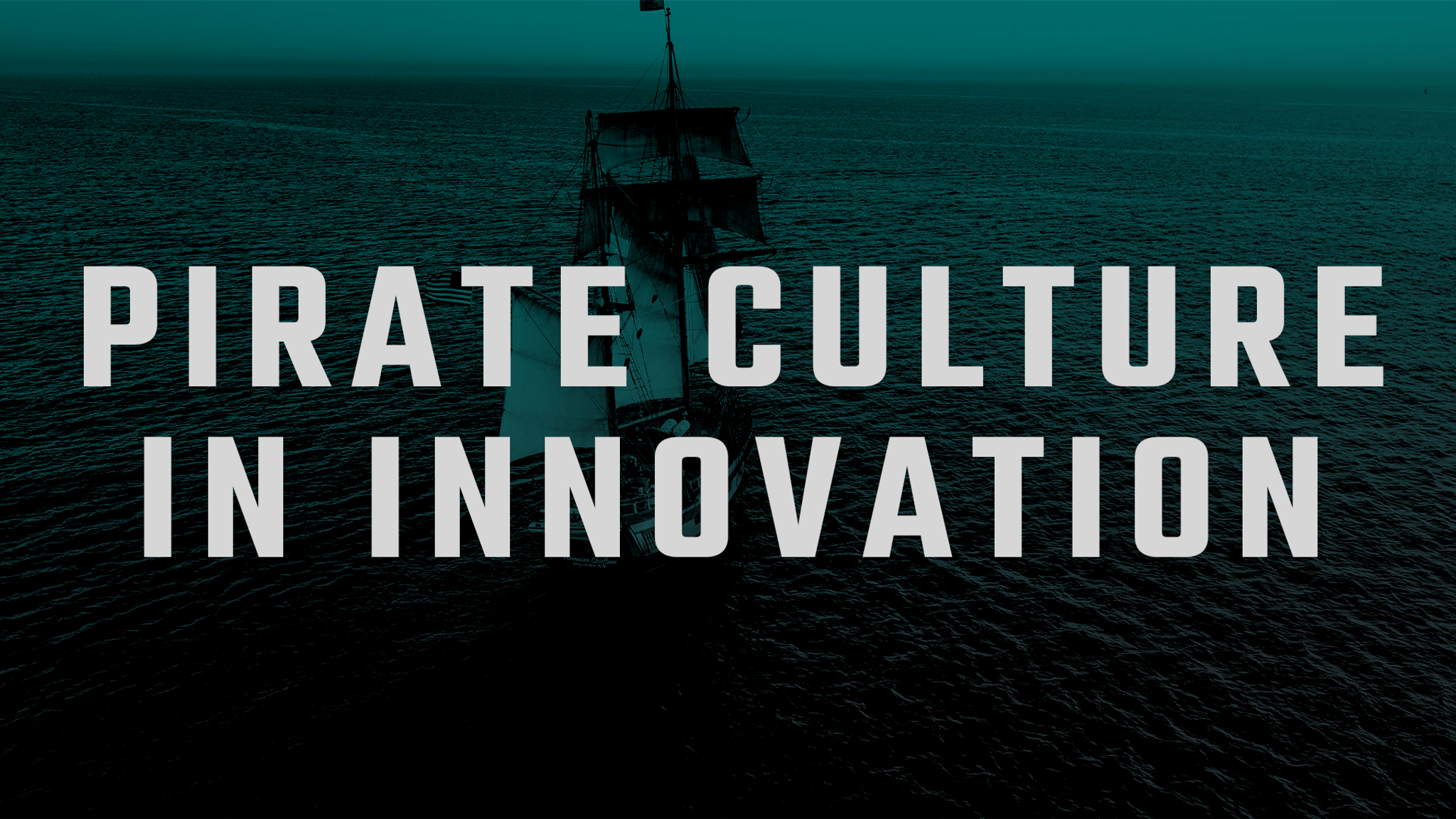 Over a series of four articles we will be taking a look at the role that company culture plays in innovation through viewing organisational culture through different lenses.

In the fourth and final lens we will explore how corporate innovators are discovering Pirate Culture and applying it within their organisations.

A Pirate, it seems, is what you want to be these days if you are looking to start a movement. Corporate innovators, especially would do well if they stumbled across a Pirate community when looking to create transformative change in their organisation. Pirate culture and corporate culture may seem an unlikely mash-up, however when it comes to innovation it’s just crazy enough to make sense.

Despite popular belief, Pirate Culture is not all about wreaking havoc, stealing loot and forcing people to walk the plank. In fact, as Sam Conniff explains in his 2018 book Be More Pirate, during the Golden Age Pirates were a highly collaborative group of change-makers that chose to bend or break  the rules and rewrite the status quo, not content with leaving things as they were. Sounds a lot like innovators to me.

The movement towards a Pirate Culture in the innovation space has grown in popularity. Two years after Be More Pirate, a sequel, written in collaboration with “Pirate Captain” Alex Barker, How to Be More Pirate was released, followed not long after by Tendayi Viki’s book Pirates in the Navy. The latter, whilst it is at times confrontingly and brutally honest, helps you to genuinely assess whether your attempts at creating innovation culture change within your business are real, or just “innovation theatre”.  In addition to these books the movement is gaining more and more traction with communities  of “Pirates” all over the world, making changes in social enterprises and corporates alike. You can read more about some of them in Conniff & Barker’s book.

If you are embarking on your own innovation culture change journey, finding inspiration from these books is an excellent use of time. But if time is what you are short of, here are three things you can learn from Pirate Culture to help elicit change within your organisation’s innovation culture:

Finally, if you are really going to create a Pirate culture within your organisation there is one more very important thing to do, we commonly encourage our innovation partners to do: Get out of the Building.  You should be talking and, more importantly, LISTENING to your customers, consumers, friends, family and even strangers. Immerse yourself in understanding and falling in love with their problems and gathering insights from all around, rather than sitting back at the office thinking about solutions that you assume your customers will want. And when you are out there - find yourself a Pirate community that’s not part of your corporate life and bring some of that fresh thinking and magic back in.